Anyone paying attention should have realized, from the get-go, that the established e-cigarette industry had nothing to do with the recent outbreak of severe lung injuries. Millions of Americans have used FDA-regulated nicotine vapor products for over a decade without incident. Why would these products suddenly be injuring people? And why were fresh-lunged kids the primary victims, rather than grizzled old ex-cigarette smokers?

Sometimes, the media fail to ask such obvious questions. (Recall the widespread acceptance of Jussie Smollett’s absurd attack story last winter.) So it was hardly a surprise when many outlets immediately implicated “vaping,” generally, for the lung ailments.

Misinformation, Consumer Risk Perceptions, and Markets: The Impact of an Information Shock on Vaping and Smoking Cessation 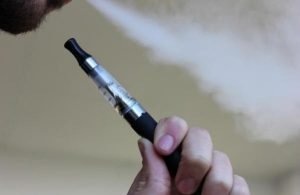 Helen Redmond: Toward a US harm reduction strategy, one story at a time 

Five things to know about e-cigarettes and vaping