Vaping advocates fear the Trump administration will press forward with tight curbs on e-cigarette flavors, after planned meetings between industry groups and White House officials were scratched. Several groups opposed to a wide-ranging ban said Tuesday that meetings this week with the Office of Management and Budget had been canceled — a signal the Trump administration was abruptly scrapping consultations and possibly preparing an announcement. 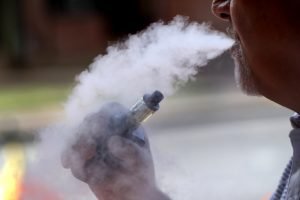